2.1 IMPORTANCE OF SALT TO MANKIND

Salt or sodium chloride has been in use as a flavoring and taste improving substance from time immemorial by mankind. Salt is also used as a preservative of meat, fish and other food products (and even human bodies by Egyptians). This particular property made salt one of the most important commodities for centuries. Being salt an important ingredient in our food, Indians attach much sentiments to salt. It played significant role even in the Freedom struggle of India (Salt Sathyagraham, April, 1930). Offering salt to deities to gain health by devotees is a practice of Hindu culture. Gypsum and halite are co-precipitates. With reference to salt pans and to this study gypsum certainly deserves a discussion, as in any salt pan operation, gypsum is a by-product. Gypsum crystallizes as substrates in salt pans. In this chapter is given a description of gypsum crystallizing in an artificial environment of salt pans. Almost every person in the world uses salt in one form or the other every day. The English word “salary” comes from the Latin “salarium”, meaning the money Roman legionaries were paid to buy salt (Young 1977). Atleast 14000 uses (direct and indirect) have been attributed to sodium chloride by various industries around the world. The US Geological survey recognizes 8 major categories comprising 29 end uses (Kostick, 2002).

Producing salt from sea water involves the selective recovery of pure NaCl, free of other soluble or non-soluble salts and other substances. To achieve this either sea water or bore well brine or large open well brine is pumped into the initial reservoir ponds, and is concentrated through natural evaporation, which leads to the fractional crystallisation of all salts contained; a process based on their varying solubility. Following sections detail the economics of salt production, salt season, salt pan operations, brine analyses, technology and the meteorological parameters governing the salt production.

India is the fourth largest salt producing country in the world with an average annual production of about 145 lakh tones (See Annexure 2.1). Private sector plays a dominant role contributing over 65 per cent of the salt production in the country, while the public sector contributes about 2 per cent. The cooperative sector contributes about 9 per cent whereas the small-scale sector (less than 10 acres) accounts for nearly 24 per cent of the total salt production in the country. There are about 13,000 salt works, mostly in small sector, engaged in the production of salt.Salt is one of the essential items of human consumption. The per-capita consumption of salt in the country is estimated at about 14 kg per annum which includes edible as well as industrial salt. The current annual requirement of salt in the country is estimated to be 60 lakh tonnes for edible use (including requirement for cattle) and 85 lakh tonnes for industrial use. Caustic soda, soda ash, chlorine, etc. are the major salt-based industries. Besides, about 24 lakh tonnes of salt is exported every year. Common salt and iodised salt are exported chiefly to Japan, Philippines, China, USA, Indonesia, Malaysia, Nepal and Bhutan under open general license (NMCC, GOI, 2007).

In northern part of India, salt manufacturing season commences with the closure of south west monsoon i.e. by October 15 and lasts up to June of the following year till the onset of the monsoon season in Gujarat, while in Tamil Nadu it commences from February and ends by October 15, during north east monsoon (NMCC, GOI, 2007).

Although salt from sea water is produced by solar evaporation there are three systems of evaporating the sea water and/ or brine viz., 1. Single, 2. Double and 3. Multi-pond systems (Fig. 2.1). 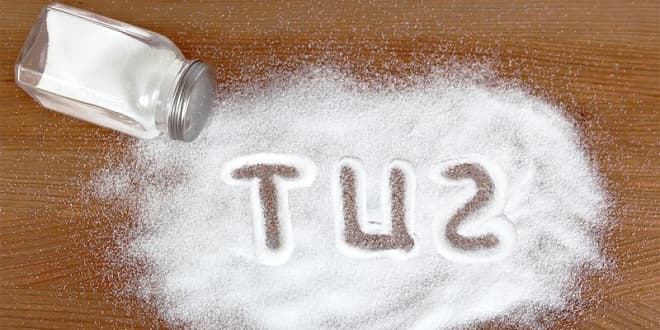