The purpose of this experiment was to monitoring the effect of ingredients and temperature of incubation and room for rising ability on dough.

A prerequisite to a controlled fermentation is a fully hydrated, homogeneous dough, such as is obtained by correct mixing. The surface appearance of a sponge as fermentation progresses usually provides a reliable indication of the adequacy of its mixing. A properly mixed sponge will exhibit good gas retention that will make it rise and assume a well-rounded top. Retention of fermentation gasses allows loaves to develop properly and result in a light, well raised loaf after baking.

The surface of an under mixed sponge, on the other hand, will remain flat, which is indicative of an incomplete incorporation of the formula ingredients and an uneven fermentation. In straight doughs, mixing plays a much more critical role as the aim here is to obtain optimal physical dough development.

When a correctly mixed sponge or dough is fermented, two sets of forces come into play: gas production and gas retention. Gas production involves primarily the biological functioning of yeast on available fermentable carbohydrates, whereas gas retention is largely a measure of the mechanical and physicochemical modifications of the colloidal structure of the dough during mixing and during the course of fermentation.

In the process of developing a bread dough, changes are brought about in the physical properties of the dough. In particular the dough’s ability to retain the carbon dioxide gas, which will later be generated by yeast fermentation, is improved in the process. This improvement in gas retention ability is particularly important when the dough pieces reach the oven. In the entry stages of baking, before the dough has set, yeast activity is at its greatest level, and large quantities of carbon dioxide gas are being generated and released from solution in the aqueous phase of the dough. The dough is only able to reclaim the gas formed if a gluten structure with the correct physical structure is created. The baker must coordinate the timing of the development of the gluten structure with gas production. It does little good, for example, to develop bread with high carbon dioxide release due to proper fermentation processes, but without the degree of extensibility necessary to provide good gas retention.

Can one measure gas retention and gas production? The answer is “Yes – but…” Instrumentation exists which can measure both in the same dough at the same time. It is probably not available to the vast majority of home bakers and perhaps even to most commercial bakers. It is the Chopin Rheofermentometer. This is a new instrument that simultaneously measures gas production and gas retention under realistic conditions. A piece of dough is placed in a sealed chamber under a weighted piston. As the dough rises piston movements is measured to determine the rate of expansion and the dough strength. At the same time, total gas production by yeast is measured along with the amount that escapes from the dough into the chamber. Subtracting the amount released from the total gives the amount retained. All of this is controlled by a microchip that calculates the results and produces a graph depicting “development of the Dough” and “Gaseous Release”. A retention coefficient is calculated by dividing the retained volume by the total volume. (Lallemand.)

Most of the desirable changes resulting from ‘optimum’ dough development, whatever the breadmaking process, are related to the ability of the dough to retain gas bubbles (air) and permit the uniform expansion of the dough piece under the influence of carbon dioxide gas from yeast fermentation during proof and baking.

Gas production refers to the generation of carbon dioxide gas as a natural consequence of yeast fermentation. Provided the yeast cells in the dough remain viable (alive) and sufficient substrate (food) for the yeast is available, then gas production will continue, but expansion of the dough can only occur if that carbon dioxide gas is retained in the dough. Not all of the gas generated during the processing, proof and baking will be retained within the dough before it finally sets in the oven.

What factors effect gas production and retention? These include the following that would seem to be of interest to most home bakers.

We worked as Group 2. Firstly; 1g dry yeast was dissolved together with 20 ml water. Secondly; it was added 80 ml water with 1 g sugar. Then; yeast solution and sugar solution were mixed each other. Next; 100 g flour was added into the prepared solution and mixture was mixed completely. After, dough was occurred. Graduated cylinders were oil. Dough was separated two equal parts and each other of their was put as 25 volume into two graduated cylinders. One of dough in graduated cylinders was incubated at 37 oC, another part dough was incubated at room temperature about 25 oC.

One times each 15 minute was measured to volume in Graduated cylinders. Lastly; volume graph of dough was drawn according to time.

In this experiment; properties of dough was studied. Dough was composed of flour, salt, sugar, vegetable oil and yeast and also soft water. In here;

Wheat flour is the key ingredient in most bread. Flour quality is particularly important in bread making as the quality of the flour will have a significant impact on the finished product. When flour is moistened and stirred, beaten or kneaded, gluten develops to give dough ‘stretch’. The elastic framework of gluten holds the gas produced by the fermentation action of yeast.

Yeast requires moisture, sugar and temperature for growth. When these requirements are satisfied, the yeast grows. Its function in bread making is to produce carbon dioxide gas to enable the dough to rise, form the cellular network found in bread crumb and give bread its characteristic aroma.

Salt is an essential ingredient in bread. It is used in very small amounts to give bread flavour. It also helps to control fermentation to produce bread of good volume and texture.

Water is used to produce the dough. It is important that the water is the correct temperature and quantity when making bread, because it affects the dispersal of the other ingredients.

During dough fermentation gluten maturation occurs, promoting extensibility and gas retention. These characteristics provide volume, texture, aroma, flavor and color to the dough. At our experiment was showed to effect of temperature onto dough which was fast rising at 37 oC but very low rising at 25 oC at room temperature. 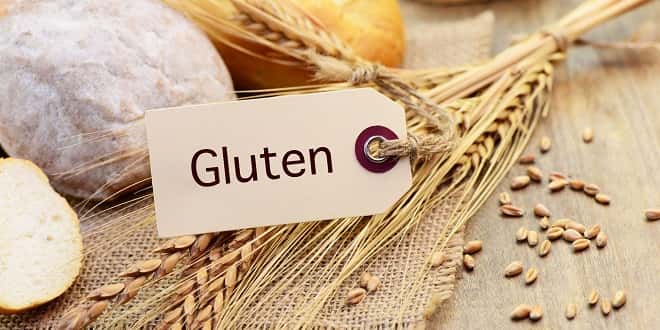