•Egg and Vinegar Experiment
•By: Darshil Patel and Shivam Gandhi
•6th Period Biology
•Purpose/Question
What happens when an egg is put inside vinegar with food coloring in it? Can an egg survive a drop after it absorbs the vinegar?
•Materials
1.Egg
2.Beaker
3.Vinegar
4.Food coloring (any color)
5.Something to write on
•Research/ hypothesis
Hypothesis: Through data from a prior experiment, we have learned that the egg will absorb some of the vinegar with food coloring in it. The egg will also lose its shell due to the acidic nature of the vinegar and will only retain a calcium coating. The reason the egg absorbed some of the vinegar is due to osmosis.
Research:
1. The egg’s shell is made up of calcium carbonate. Because of acids, the egg shell will dissolve and give off carbon dioxide.
2. Osmosis is the movement of fluids through a permeable surface. The egg’s shell is a permeable surface
3. The egg is just a giant cell. The shell is the cell membrane. The egg white is the cytoplasm. The yolk is the nucleus.
Sources:
1. http://antoine.frostburg.edu/chem/senese/101/consumer/faq/eggshell-composition.shtml
2. http://physioweb.uvm.edu/bodyfluids/osmosis.htm
3. 6th period biology.
•Procedure
1.Fill the beaker with 200mL of vinegar and pour the food coloring in.
2.Put the egg inside of the vinegar to officially begin the experiment.
3.Record all observations. (See what happens to the shell, the vinegar, and the coloring.)
4.Leave the egg in a room at room temperature for one day, out of light.
5.When you come back, record what changes have happened to the egg, the vinegar, and the volume of the vinegar.
6.See if the egg has retained its shell and if its color has changed to the food coloring’s color.
7.Take the egg out and make observations on its texture, weight, etc.
8.Proceed to analysis.
•Observations/ Data
•Pictures
•Conclusion
1.I agree with my hypothesis. The egg did absorb the vinegar. This is clearly shown because the ending volume of the vinegar was 130mL instead of the original 200mL.
2.The egg became the same color as the vinegar. This is due to osmosis. There was also no shell on the egg due to the vinegar dissolving it. The egg also smells like vinegar due to the fact that it absorbed vinegar.
3.There were many variables that couldn’t be controlled in the test. First, the beaker of vinegar could have had an immeasurable amount of light, which means that some of the vinegar could have been evaporated. We could have also pu too much or too little vinegar in. 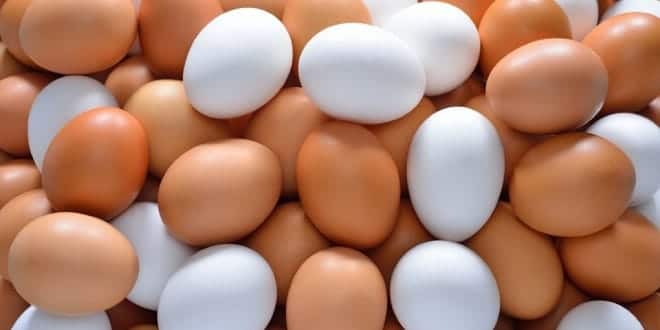 Functional and Nutritional: Egg Products Fit the Future of Formulation