 Milk is a white liquid produced by the mammary glands of mammals.

 Primary source of nutrition for young mammals before they are able to digest other types of food.

 Throughout the world, there are more than 6 billion consumers of milk and milk products.

 Milk is a white emulsion or colloid of butter fat globules

 Presence of fat globules and the smaller casein micelles provide the opacity to the milk.

 Yellow-orange carotene imparts the creamy yellow colour to a glass of milk.

 It contains many other nutrients.

 Milk contains 30–35 grams of protein per liter of which about 80% is arranged in casein micelles.

 Different carbohydrate including lactose, glucose, galactose, and other oligosaccharides.

 Vitamins A, B6, B12, C, D, K, E, thiamine, niacin, biotin, riboflavin, folates, and pantothenic acid are all present in milk.

 Milk is sterile at secretion in the udder but is contaminated by bacteria even before it leaves the udder.

 Further infection of the milk by microorganisms can take place during milking, handling, storage, and other pre-processing activities.

Milk supports the growth of a variety of bacteria including pathogenic one.

 Acid-forming bacteria, such as Streptococcus lactis, Str. faecalis Lactobacilli. These ferment lactose, forming lactic acid, and lead to the formation of curd.

 Proteolytic bacteria, such as Bacillus subtilis, B. cereus, Proteus vulgaris, Staphylococci Micrococci. These bacteria are responsible for proteolytic activity.

 Inert bacteria, such as Achromobacter do not produce any visible change.

 Coliforms: coliforms are facultative anaerobes with an optimum growth at 37° C.

 Coliforms are indicator organisms; they are closely associated with the presence of pathogens but not necessarily pathogenic themselves.

 They also can cause rapid spoilage of milk because they are able to ferment lactose with the production of acid and gas, and are able to degrade milk proteins.

 They are killed by HTST treatment, therefore, their presence after treatment is indicative of contamination.

 Escherichia coli is an example belonging to this group.

 The following bacterial pathogens are still of concern today in raw milk and other dairy products: 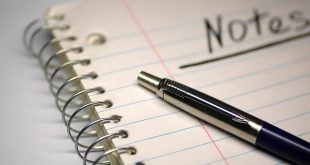