Omega-3 fatty acids are a type of polyunsaturated fat (like omega-6), considered an essential fatty acid because it cannot be manufactured by the body. As a result, people must obtain omega-3 fatty acids from foods such as fish, nut, and plant-based oils such as canola oil and sunflower oils.

What are the types of omega-3 fatty acids?

ALA – ALA, or alpha-linolenic acid, is an 18-carbon chain and three cis double bonds. The first double bond is located in the n-3 position or at the omega end of the fatty acid. Thus, ALA is considered a polyunsatu- rated n−3 (omega-3) fatty acid.

DHA – DHA or docosahexaenoic acid is a 22-carbon chain with six cis double bonds; the first double bond is located at the third carbon from the omega end of the fatty acid.

What are the sources of these omega-3 fatty acids?

ALA – Canola, Soybeans, Walnuts, and Flaxseed

DHA – Oily fishes such as Cod Liver, Herring, Mackerel, Salmon, and Sardines, and also are produced from algal fermentation

What are the health benefits of omega-3s?

Omega-3 fatty acids correct imbalances in modern diets that lead to health problems. Eating foods rich in omega-3 fatty aids can help lower the risk of chronic diseases such as heart disease, stroke, and cancer as well as lower LDL or “bad” cholesterol.

ALA – Studies show a diet high in ALA helps reduce heart disease and stroke by reducing cholesterol and triglyceride levels, enhancing the elasticity of blood vessels, and preventing the build up of harmful fat de- posits in the arteries. In fact, the National Institutes of Health (NIH) has reported the majority of U.S. diets no longer contain the amount of omega-3 fatty acids needed by our bodies for overall health and wellness.

EPA/DHA – Studies show that diets high in amounts of EPA and DHA help with brain and eye development, prevents cardiovascular disease, and can help to prevent Alzheimer’s disease. For example, diets notably high in DHA have been known to protect against degenerative processes within the retina of the eye1 to increasing the problem solving skills in nine month old infants.2

A 10-year study cor-related increased intakes of DHA/EPA as consumed by various population sectors with relative risk of heart- related deaths. Those who increased consumption of DHA/EPA up to 664 mg/day were associated with an approximate 40 percent reduction in cardiovascular disease and a significant reduction in all-cause mortality.3 All infant formula is now supplemented with DHA.

Omega-6 fatty acid is also a polyunsaturated fat, essential for human health because it cannot be made in the body. For this reason, people must obtain omega-6 fatty acids by consuming foods such as meat, poultry, and eggs as well as nut and plant-based oils such as canola and sunflower oils.

What are the types of omega-6 fatty acids?

LA – LA or linolenic acid is an unsaturated omega-6 fatty acid. Chemically, it is an 18-carbon chain. The first double bond is located at the sixth carbon from the omega end of the fatty acid.

AA – AA or Arachidonic acid is a 20-carbon chain. Its first double bond is located at the sixth carbon from the omega end of the fatty acid.

What are the sources of omega-6 fatty acids?

What are the health benefits of omega-6 fatty acids?

Most omega-6 fatty acids are consumed in the diet from vegetable oils such as linoleic acid. Excessive amounts of linolenic acid can contribute to inflammation and result in heart disease, cancer, asthma, arthritis, and depression.4 5 6

What are the types of omega-9 fatty acids?

Oleic acid – Oleic acid is a main component of canola oil, sunflower oil, olive oil, and other monounsaturated fats, many of which are used as a solution for reducing bad fats in cooking oils.

What are the sources of omega-9 fatty acids?

Oleic acid – Canola oil, Sunflower Oil, and Almonds Specially developed oils for foodservice, such as Omega-9 Canola and Sunflower Oils, are uniquely high in monounsaturated fats (>70 percent) and reduces key factors that contribute to heart disease and diabetes. Omega-9 fatty acids are found in various animal and plant sources. Canola, sunflower, olive, and nut oils have significant levels of omega-9 fatty acids, which are also known as high-oleic acids, or monounsaturated fats. Oils produced from these sources have emerged as healthier, highly functional replacements for partially hydrogenated cooking oils, which are often laden with unhealthy trans and saturated fats

What are the health benefits of omega-9 fatty acids?

Research has shown that omega-9 fatty acids, commonly referred to as monounsaturated fatty acids, can help reduce the risk of cardiovascular disease and stroke. Because omega-9 fatty acids have been shown to increase HDL (“good”) cholesterol and decrease LDL (“bad”) cholesterol, they help eliminate plaque build- up in the arteries, which causes heart attack and stroke. Omega-9 Canola and Sunflower Oils are uniquely high in monounsaturated (omega-9) fat, as well as low in saturated fat and zero trans fat. In fact, the U.S. Food and Drug Administration recently approved a Qualified Health Claim for canola oil saying, “limited and not conclusive scientific evidence suggests that eating about 1 1⁄2 tablespoons (19 grams) of canola oil daily may reduce the risk of coronary heart disease due to the unsaturated fat content in canola oil. To achieve this possible benefit, canola oil is to replace a similar amount of saturate fat and not increase the total number of calories you eat in a day.” 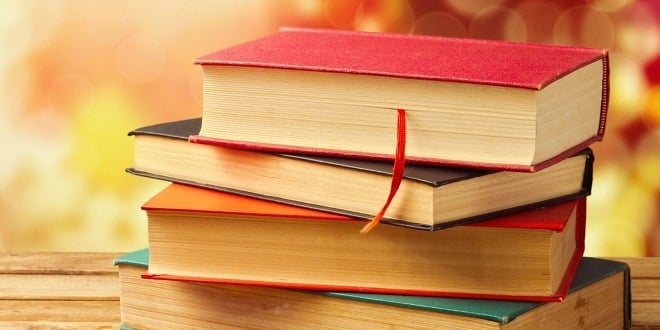