The purpose of this experiment is that to prepare media from nutrient agar for cultivating microorganisms. Bacteria have special requirements to grow. In order to see bacterial growth, a medium is needed. A MEDIUM is a nutritional environment for bacteria to grow. There are two primary forms of media: Liquid (Broth) and Solid (Agar). The most common solid medium used to grow bacteria in a microbiology lab is Nutrient Agar. The most common liquid medium used in the lab is Nutrient Broth. AGAR is derived from the extract of seaweed (an alga).Agar contains two main components: agarose and agaropectin. Agar contains solidifying factors and therefore has a gelatin like nature. Some agars are used in cooking and preparation of ice cream. The most familiar food is Jell-O. Nutrients such as peptone, tryptone, soy, and beef extract, salt, calcium, magnesium, water, and manganese are added to the agar or broth providing the bacterium with a proper growing environment.

All bacteriological media must first be sterilized before it can be used. Distilled water is added to agar, heated to a boil then autoclaved. An AUTOCLAVE sterilizes the bacterial growth medium so that a pure culture can be obtained. The autoclave sterilizes the medium by subjected it to a temperature of 121° C for 15 to 20 minutes. It uses steam under pressure to obtain this temperature. This will kill any heat resistant bacteria that have contaminated the medium. Once autoclaved, the agar can then be poured into a PETRI PLATE or test tube. When placed in a test tube, it can either be tilted on a slanted board so that it will solidify at a SLANT or remain upright to solidify into a DEEP. Broths are dissolved with water, added to test tubes, capped then autoclaved.

Sterilization of Media and Equipment:

Sterilization denotes the use of physical or chemical agents to eliminate all viable microbes from a material, whereas disinfection generally refers to the use of germicidal chemical agents to destroy the potential infectivity of a material and need not imply elimination of all viable microbes. Sanitizing refers to procedures used to lower the bacterial content of utensils used for food without necessarily sterilizing them. Antisepsis usually refers to the topical application of chemicals to a body surface to kill or inhibit pathogenic microbes.

Heat is generally preferred for sterilizing materials excepts those that it would damage. The agent penetrates clumps and reaches sites that might be protected from a chemical disinfectant. Fungi, most viruses and vegetative cells of various pathogenic bacteria are sterilized within a few minutes at 50 to 70 °C
and the spores of various pathogens at 100 °C. The spore of some saprophytes, however, can survive boiling for hours. Because absolute sterility is essential for culture media and for the instruments used in major surgical procedures, it has become standard practice to sterilize such materials by steam in an autoclave at a temperature of 121 °C (250 °F) for 15 to 20minutes.

In using an autoclave, it is important that flowing steam be allowed to displace the air before building up pressure , for in steam mixed with air, the temperature is determined by the partial pressure of the water vapour. Thus, if air at 1 atm (15 psi) remains in the chamber and steam is added to provide an additional gauge pressure at 1 atm, the average temperature will be only 100° (that of steam at 1 atm). More over, heating will be uneven because the air will tend to remain at the bottom of the chamber.

Pasteurization is now used primarily for milk. It consists of heating at 62 °C for 30 minutes or in “flash” pasteurization, at a higher temperature for a fraction of a minute. The total bacterial count is generally reduced by 97% to 99%. Pasteurization is effective because the common milk borne pathogens (tubercle bacillus, Salmonella, Streptococcus, and Brucella) do not form spores.

Sterilization by heat involves protein denaturation and the melting of membrane lipids as a consequence of disruption of multiple weak bonds. Among these, hydrogen bonds between a >C=O and an HN< group are more readily broken if they can be replaced with hydrogen bonds. Accordingly, sterilization requires a higher temperature for dry than for wet material. Reliable sterilization of glassware and instruments in a dry oven requires 160 °C for 1 to2 hours. In addition, bacteria and viruses, like isolated enzymes, are more stable in an aqueous medium when the water concentration is reduced by the presence of a high concentration of glycerol or glucose.

The role of water in heat denaturation of proteins is illustrated by the usefulness of steam in pressing woolen fabrics (e.i. in shifting the multiple weak bonds between fibrous molecules of keratin).

When a suspension of bacteria is frozen, the crystallization of the water results in the formation of tiny pockets of concentrated solution of salts, which do not themselves crystallize unless the temperature is lowered below the eutectic point (about -20°C for NaCl); at this temperature, the solution becomes saturated, and the salt also crystallizes. The localized high concentrations of salt, and possibly the ice crystals, damage the bacteria, as shown by their increased sensitivity to lysozyme. Only some of the cells are killed, but repeated cycles of freezing and thawing result in the progressive decrease in the viable count.

With radiation of decreasing wavelength, the killing of bacteria first becomes appreciable at 330nm and then increases rapidly. The sterilizing effect of sunlight is attributable mainly to its content of UV light (300-400 nm). Most of the UV light approaching the earth from the sun, and all of that shorter than 290 nm, is screened out by the ozone in the outer regions of the atmosphere; otherwise, organisms could not survive on the earth’s surface.

This mechanism is not convenient for routine laboratory use, but intense source of radioactivity are now being used to sterilize food. Public fear of danger from the irradiation is unwarranted, as the activated mutagenic molecules produced by the irradiation are extremely short-lived.

In the supersonic (ultrasonic) range, with a frequency of 15,000 to several hundred thousand per second, sound waves denature proteins, disperse a variety of materials, and sterilize and fragment bacteria. The effect has not been of practical value as a means of sterilization, but it is useful for disrupting cells for experimental purposes (sonication).

Bacteria- free filtrates may be obtained by the use of filters with a maximum pore size not exceeding 400nm.This procedure is used for solutions that cannot tolerate sterilization by heat (e.g. sera an media containing proteins or labile metabolites). The early, rather absorptive filters of asbestos or diatomaceous earth were replaced by unglazed porcelain or sintered glass, and these in turn have been replaced by nitrocellulose membrane filters of graded porosity. Membrane filters can also used to recover bacteria quantitatively for chemical and microbiological analysis.

Chemical methods of microbial control: Most of the chemical agents are used for disinfecting and cannot achieve sterility. The term disinfectant is restricted to those that are rapidly bactericidal at low concentrations. The activity of a disinfectant depends upon the pathogen/nature of material being disinfected.

Salts: Pickling in brine or thermal treatment with solid NaCl has been used for many centuries as a means of preserving perishable meats and fish. Bacteria differ widely in susceptibility.

Heavy Metals: The various metallic ions can be arranged in a series of decreasing antibacterial activity. With small inocula, Hg + and Ag +. At the head of the list, are effective at less than 1 ppm because of their high affinity for –SH groups. The antibacterial action of Hg 2+ can be reversed readily by sulfhydryl compounds.

Phenol and Phenol derivatives: Phenol (carbolic acid) has an anaesthetic effect at concentration below 1% but at concentrations above 1% it has significant antibacterial effect. Phenol and its derivatives (phenolics), exert antimicrobial effect by damaging plasma membrane, denaturing proteins and inactivating enzymes. The phenolics contain a molecule of phenol that has been chemically altered to reduce its irritating qualities and increase its antibacterial activity in combination with soap or detergent. They are often used as disinfectants. Cresols are a group of phenolic found in Lysol. Another phenolic derivative a bisphenol -hexachlorophene is ingredient in soaps and lotions used as disinfectants. It is effective against gram positive streptococci, and staphylococci which cause skin infections.

Halogens: Particularly chlorine and iodine are antimicrobial agents effective against all kinds of bacteria, many endospores, fungi, and viruses. Iodine inhibits the microbial protein synthesis by combining with the amino acid tyrosine. The germicidal action of chlorine is due to the formation of hypochlorous acid, which forms when chlorine is mixed with water. A liquid form of compressed chlorine is used for disinfecting drinking water, swimming pools, and sewage. Also hypochlorite solutions (200ppm Cl2) are used to sanitize clean surfaces in the food and the dairy industries and in restaurants.

Alcohols: Effective against bacteria and fungi but not endospores and viruses. Alcohol denatures proteins and dissolves lipid component of cell membranes. Alcohol has the advantage of acting rapidly and evaporating without leaving any residue. Ethanol and isopropanol are the two important alcohols most commonly used.

Firstly, required amount of nutrient agar was calculated. This amount was 12gr. for 600 mL, then 12gr. of nutrient agar was weighed and was put in Florence flask. Next, 600 mL of distilled water was added above 12gr. of nutrient agar. Afterwards, solution was heated until it completely dissolved and solution had clear appearance, then the prepared solution in Florence flask was put in the autoclave at 121 °C for 2 hours for sterilisation. Solution was cooled to about 45 °C after than 2 hours. Finally, about 20 mL of solution was poured into each Petri plate and solutions in Petri plate were waited until it solidified.

In this experiment, we prepared Nutrient Agar Media for Petri plate. Previously, a certain amount of nutrient agar was mixed with distilled water and then solution was heated, and it was put in autoclave for sterilization, after then two hours as far as about 45 °C it was cooled. Afterwards, approximately 32 Petri plates it was poured. 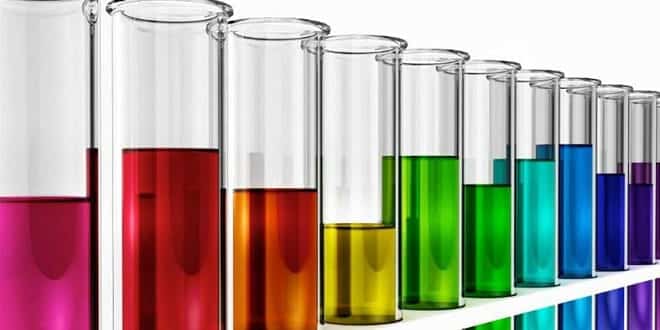 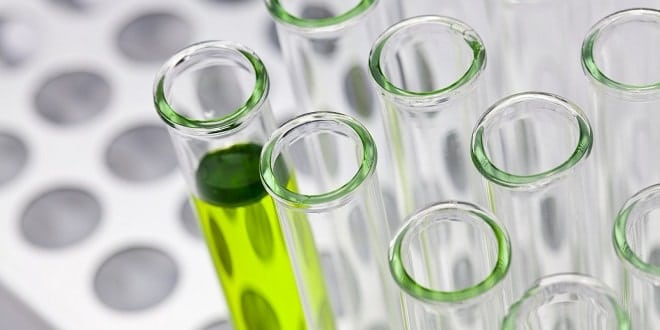