Honey is a sweet and viscous fluid produced by honeybees from the nectar of flowers. Honey has been regarded a food with high nutritional value and enigmatic healing and preserving powers. Religion, human civilizations and history all have regarded honey a valuable and sacred food. It has been used by the ancient civilization for the purpose of mummification. Medicinal use of honey was very common among all nations of the ancient civilizations. Honey was also one of the favorite appetites of Muhammad (PBUH) and his disciples. Besides, we see that in Quran, both honeybee and honey are referred to as a wholesome food and a great healer for diseases. Human beings have been relying on wild honey historically; however, there are some ancient evidences suggest that in Chinese reared honeybees for the first time, producing honey for their personal use, not commercial purposes. By the introduction of modern agricultural techniques in different areas in order to increase productivity and meet growing human requirement of food, farming of livestock became an extremely attractive and financially profitable business in rural areas. Honeybee farming is also one of the areas where impressive achievements were noticed globally as well as locally. Through research and development efforts of Pakistan Agriculture & Research Council, European honeybee was introduced in Pakistan in 1980s for the purpose of commercial bee farming. Currently there are more than 300,000 bee colonies exist in Pakistan1 .

(According to Pakistan Standards Quality Control Authority – PSQCA)2 Honey is the natural sweet substance produced by honey bees from the nectar of flowers. It is also produced from blossoms or secretions of living parts of plants or excretions of plant sucking insects, however, honeybees collect, transform and combine nectar with specific substances of their own, store and leave in the honey comb to ripen and mature. Bees produce blossom honeys from nectar and honeydew honey from honeydew. Honeydew is the product of small plant sucking insects. Honey is significantly sweeter than table sugar and has attractive chemical properties for baking. Honey has a distinctive flavor which leads some people to prefer it over sugar and other sweeteners. Liquid honey does not spoil. Because of its high sugar concentration, it kills most bacteria by crenation. Natural airborne yeasts cannot become active in it because the moisture content is too low. Moisture content in natural raw honey varies from 14% to 18%. As long as the moisture content remains under 18%, virtually no organism can successfully multiply to significant amounts in honey, though, importantly, enough bacteria survive to make honey dangerous for infants (especially Clostridium botulinum). Honey consists essentially of different sugars, predominate glucose and fructose. The colour of honey varies from nearly colorless to dark brown. The consistency can be fluid, viscous or partly to entirely crystallized. The flavor and aroma vary, but usually derive from the plant origin. It should not contain any sweetening agents and additions.

In Pakistan, honey has been used both as a food product and medicine. Particularly, aging people and children are considered to be in more need of honey and its products. However, food table particularly of children and the older people is considered incomplete without the bottle of honey. The proportion of children and the old people would be the primary target market, which is, more than 50% of the total current population. Unlike other countries where honey is consumed throughout the year irrespective of the fact that how far they are located from North Pole and what weather conditions are there, in Pakistan, use of honey is traditionally discouraged during summer due to a perception about honey that it is hot in nature and should not be used during hot weather or in excess quantities which is perhaps not true at all as Arab countries where weather conditions are even more severe, honey is consumed in larger quantities both in winter and summer seasons. Nevertheless, in Pakistan and abroad, the consumption of honey increases substantively during winter and remain limited during summer (Except for medicinal use). However, an entrepreneur should rationalize the whole situation. While average household income patterns are steadily improving, honey, being an expensive item is purchased by a limited number of households in limited quantity. On the other hand, both eastern and western pharmaceutical companies extensively use honey for the manufacturing of medicines. Particularly, eastern pharmaceutical companies are the largest consumer of the honey using it in almost all major prescription/medicine. It is suggested that honey business as a trader would best be suitable for those operating other food products business i.e. spice, pickle, jam & jellies etc. Pakistan has a large agricultural base. During different cropping seasons, honeybee farming can be adopted as a side business to produce honey on commercial level. Honeybees also serve as agents for the crop pollination. It helps for gaining high yield rate and healthy production.

The share of honeybees in crop pollination is 80 %. It improves the quality of fruits, vegetable and yield of seed crops. 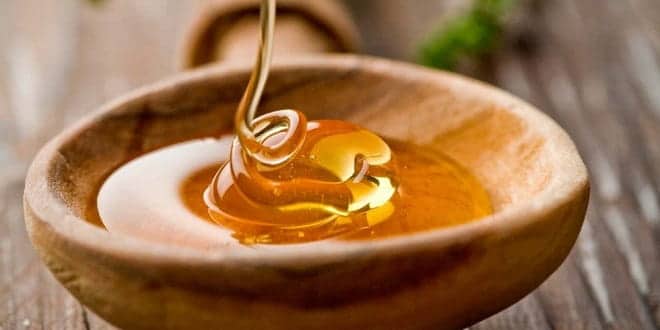