The flow of fluids over bodies that are immersed in a fluid, called external flow, with emphasis on the resulting lift and drag forces. Many applications in food and chemical engineering
-flow passed spheres (settling)
-packed beds( drying, fluidising, filtration)
-flow passed tubes( heat exchangers)
Sometimes a fluid moves over a stationary body (such as the wind blowing over a building), and other times a body moves through a quiescent fluid (such as a car moving through air).
These processes are equivalent to each other; what matters is the relative motion between the fluid and the body.

Force in the direction of flow exerted by the fluid on the solid is called drag. Due to turbulence, the pressure on the downstream side of the sphere will never fully recovered to that on the upstream side, and there will be a form drag( pressure drag) to the right of the sphere. (For purely laminar flow, the pressure recovery is complete, and the form drag is zero.)
In addition, because of the velocity gradients that exist near the sphere, there will also be a net viscous drag (also called as skin drag, wall drag, friction drag) to the right (In potential flow there is no wall drag). The sum of these two effects is known as the (total) drag force.
When a fluid moves over a solid body, it exerts pressure forces normal to the surface and shear forces parallel to the surface along the outer surface of the body.
The component of the resultant pressure and shear forces that acts in the flow direction is called the drag force, and the component that acts normal to the flow direction is called the lift.
The friction drag coefficient is analogous to the friction factor in pipe flow discussed.
The pressure drag is proportional to the frontal area and to the difference between the pressures acting on the front and back of the immersed body.
Therefore, the pressure drag is usually dominant for blunt bodies, negligible for streamlined bodies
The experimental results of the drag on a smooth sphere may be correlated in terms of two dimensionless groups – the drag coefficient CD and particles Reynolds number NRe:
Creeping Flow, Stokes Law, Settling of Particles
consider a spherical solid particle settling in a large volume of fluid.FZ=FD+FB (buoyancy force)
FD=CDЛR2 (1/2)ρv02 FB=4/3ЛR3ρg
For NRE<1 FD=6Лμv0 R
So terminal velocity v0 =2/9* R2 (ρp-ρ)ρ/μ
Settling time t=h/v0

Golf, soccer, and baseball players utilize spin in their games. The phenomenon of producing lift by the rotation of a solid body is called the Magnus effect after the German scientist Heinrich Magnus (1802–1870), when the cylinder is rotated about its axis, the cylinder drags some fluid around because of the no-slip condition.
The average pressure on the upper half is less than the average pressure at the lower half because of the Bernoulli effect, and thus there is a net upward force (lift) acting on the cylinder.

If large number of particles exist, suraounding particles interfere with the individual motion of particles.
Due to Upward movement of surrounding fluid so relative velocity decreases.
Settling will be slower than one calculated from Stokes law. (true drag force is greater)
μm= effective viscosity ,μ=actual viscosity
μm= μ/ψP where ψP =1/101.82(1-ε)
where ε=volume fr. of liq in slurry
ρm= ερ+(1-ε)ρP ρm: slurry density

The packings are made with clay, porcelain, plastics or metals. The following table gives the different packing materials and their approximate void fraction.
Requirements of a tower packing are:
It must be chemically inert .
It must be strong without excessive weight.
It must contain adequate passages without excessive pressure drop.
It must provide good contact
It should be reasonable in cost.

As v increases settling particles will start rising and moving( fluidisation will start, onset of fluidisation) because pressure drop will increase (according to Ergun equation ) and upwards pressure force and buoyancy forces will be larger than gravitational force.
At this point height of particles called Lmf, velocity is called as v’mf,, and porosity is called as εmf.
As the velocity increase further, to be able to keep the pressure drop constant particles will occupy more volume, means L and ε increases untill they occupy whole bed.
Then there is no space to expend further so particles will be entrained on top.
At this point velocity is called as entrainment velocity v’t
LA(1- ε )=total volume of solids L2,ε2 =constant L1,ε1
L1A(1- ε1 )= L2A(1- ε2 )
Combining these equations and replacing Dp with Фs Dp
İf εmf and Фs are not known, as an approximation ( by Wen and Yu)
Фs εmf 3≈1/14 and 1- εmf / Фs2 εmf 3 ≈11
Then above eq becomes
NRe,mf =[(33.7)2 +0.0408Dp3ρ(ρp –ρ)g/μ2]-33.7
Valid for 0.0011000
v’t/v’mf≈9/1

Advantages and Disadvantages of fluidization:

The solid is vigorously agitated by the fluid passing through the bed
no temperature gradients in the bed even with quite exothermic or endothermic reactions.

Erosion of vessel internals
Attrition of solids. the size of the solid particles is getting reduced and possibility for entrapment of solid particles with the fluid are more. 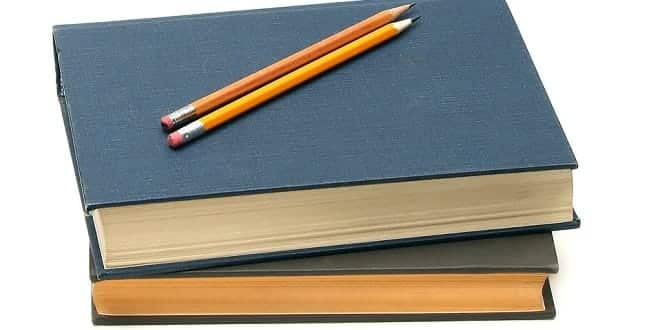