Chapter 3
CARBOHYDRATES
Carbohydrates
Simple Sugars(Monosaccharides)
Smallest unit: Cannot be broken down by mild acid hydrolysis
(CH2O)n where n≥3
When n = 5 then C5H10O5, xylose
When Cn=6, then C6H112O6, glucose, fructose
Polyalcohols with aldehyde or ketone functional group
Nomenclature
Chiral Carbons
A carbon is chiral if it has four different groups attached to it
Chiral compounds have the same composition(isomers), but they are not superimposable. They are optically active, meaning that they rotate the plane of polarized light. If the direction of rotation is to the right(+), we call it “dextro-” or D-, if to the left(-), we call it “levo-”, or L-.
in Fisher projection
Ring Formation
Some Important Monosaccharides
PENTOSES: Monosaccharides with five C atoms
Occur rarely as free monosaccharides; widely as component of polysaccharides(these are known as pentosans).
ALDOPENTOSES:Xylose, arabinose, ribose
KETOPENTOSES:Ribulose, xylulose
XYLOSE: occurs in corn cobs and fruits like cherry, peach, pear and plum, brans .
ARABINOSE: occurs in gums, pectins, mucilages, in fruits like apples, figs, grapefruits.
RIBOSE: occurs as component of nucleic acids, coenzymes, part of riboflavine, and DNA(deoxyribonucleic acid)
HEXOSES: Monosaccharides with six C atoms
More widely distributed in plants and animals
ALDOHEXOSES: 4 chiral centres and a total of 16 possible aldohexose stereoisomers (24), but only three commonly occur in nature: D-glucose, D-galactose, and D-mannose.
KETOHEXOSES:3 chiral centres and therefore eight possible stereoisomers (23). Commonly occurring ones are:
D-fructose and D-sorbose.
D-Glucose(dextrose, blood sugar, grape sugar)
D-Fructose(Levulose-Rotation in polarimeter is to the left)
Mannose
An aldohexose
Has been detected in oranges, olives and also in some polysaccharides produced by microorganisms.
Oligosaccharides: Consist of 2-10 monosaccharide units linked together by covalent bond called “glycosidic bond”
-Disaccharides
-Trisaccharides
Disaccharides
In forming a disaccharide, the anomeric C of one sugar molecule interacts with hydroxyl group of the other sugar molecule, resulting in the loss of a H2O molecule(hydrogen atom from one monosaccharide and a hydroxyl group from the other).
R-OH + HO-R’ à R-O-R’ + H2O
The general formula of disaccharides is C12H22O11.
Three most common disaccharides are maltose, lactose and sucrose
When hydrolyzed using acid or an enzyme, the following monosaccharides are produced from these disaccharides:
Sucrose(Cane or beet sugar)
Commercially obtained from sugar cane or sugar beet,also known as table sugar
Because the glucose units are linked at their anomeric C’s (O points down from ring), the glycosidic linkage is called a(1®2).In this linkage, neither monosaccharide can undergo mutorotation(it is fixed), and so sucrose is not a reducing sugar(Sugars which form open chain structures with free carbonyl group)
Sucrose
Sucrose is easily hydrolyzed by acids and the enzyme sucrase, which is secreted in the small intestine.The glucose and fructose can then be absorbed into the bloodstream (disaccharides are too large to be absorbed)
Sugar hydrolysis yield glucose and fructose (invert sugar)
( sucrose is dextrorotatory: +66.5o ; glucose +52.5o; fructose –92o; so the angle of rotation of invert sugar is: -19.8o. We say it iss “inverted”)
Used to make confectionary
Maltose(Malt sugar)
Obtained from sprouted barley(malt) : Malt sugar
Two glucose pyranose rings linked by an a-1-4 bond
Maltase enzyme splits it
Mild sweetness characteristic flavor
The glucose unit on the left is fixed, but the right one is free; so since its right ring can open and close and undergo mutarotation, maltose is a REDUCING SUGAR
Lactose(milk sugar)
~5% in cow milk (~50% milk solids). Does not occur elsewhere.
Commercially prepared from whey left after cheese-making and is used in infant formulations
Composed of galactose & glucose, with b(1®4) glycosidic linkage from the anomeric OH of galactose. Its full name is b-D-galactopyranosyl-(1® 4)-a-D-glucopyranose
Since galactose part opens and closes, lactose is a REDUCING sugar
Lactase deficiency leads to lactose intolerance. (More resistant than sucrose to acid hydrolysis).Undigested lactose is broken down by lactic acid bacteri in the large intestines to lactic acid and causes flatulence and diarhea.
Other Oligosaccharides
Trisaccharide: raffinose (glucose +galactose + fructose)
Tetrasaccharide: stachyose (2 galactoses, +glucose + fructose)
Pentasaccharide: verbascose (3 galactoses+ glucose + fructose) 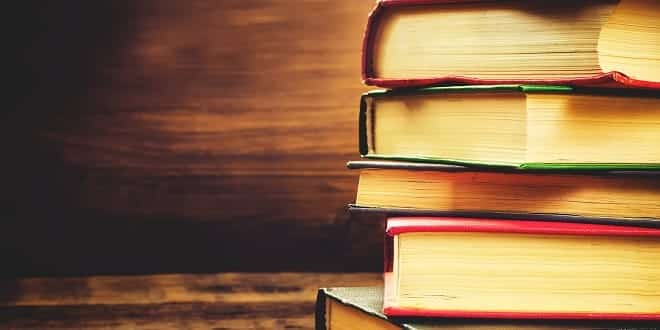 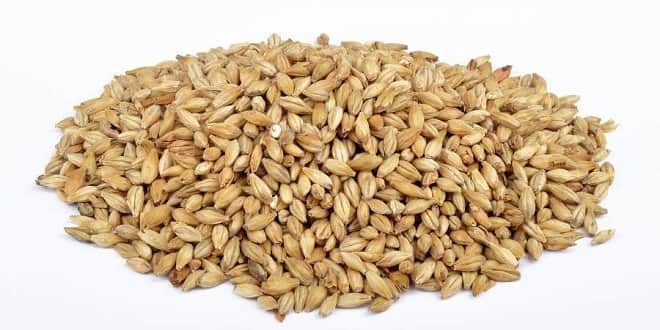 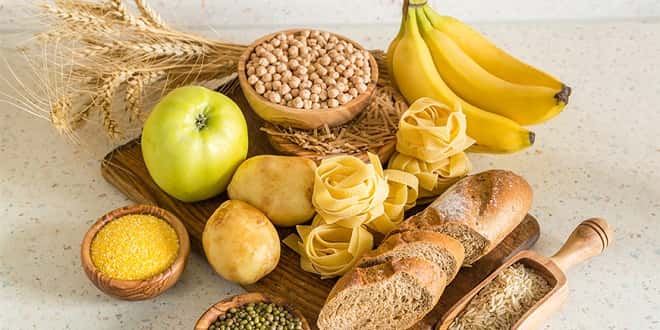