Traditional Biotechnology-based Alcoholic Beverages in the Philippines
ERNELEA P. CAO, Ph.D.
Director, Natural Sciences Research Institute
University of the Philippines
Diliman, Quezon City
The history of fermentation technology in the Philippines is said to be very old.
Historical accounts showed that when the famous explorer Ferdinand Magellan and his men arrived in the Philippines in March 17, 1521, the feast set before them by the natives included earthen jugs filled with a native alcoholic drink called ‘tuba’.
Tuba or coconut toddy is mentioned by chroniclers in the first half of the century along with the “Indian nut”.
Microorganisms Behind Traditional Fermented Foods
They are used in traditional Filipino foods like:
nata (cellulosic delicacy)
puto (rice cake)
kesong puti (white cheese)
burong mustasa (fermented mustard leaves)
burong mangga (fermented green mango)
burong talangka ( fermented crab)
longanisa (fermented native sausage)
Microorganisms also used in local wines like:
basi (sugarcane wine)
laksoy (nipa palm wine)
tuba (coconut toddy)
lambanog (distilled coconut wine )
tapuy (rice wine)
Philippine sites where local wines are produced:
Basi, the sugarcane wine found in the Ilocos provinces needs a yeast called Saccharomyces cerevisiae during fermentation
other yeasts contribute to the distinct flavor, aroma and stability of basi
Laksoy – local wine from Butuan City
Nipa palms that grow in abundance along river banks and swamps are selected depending upon the maturity of its bough and fruit to obtain a greater yield of the desired sap grade.
Mud is often applied to the bough and fruit of the nipa palm once every three days for a succession of six weeks.
The mud coating is later worked off, before cutting the bough.
Immediately after cutting, a salhod (bamboo container) is attached to whet the sap.
The sap is thoroughly drained of the nipa palm by slicing 2-3 mm off the cut-bough in the next five days.
The tree is then left untouched from 3 – 4 months to restore its former vitality.
The sap extracted from the nipa is soon stored in banga for at least 2 days, allowing fermentation to take place.
To produce a gallon of laksoy, 3 cans of tuba are poured into the distilling apparatus called Laksuyan.
One arrives at the desired consistency by regulating the temperature used for the apparatus. To control the heat, the kawa (kettle) is insulated with mud.
For any 1/3 of laksoy produced, a sufficient amount of water is poured into the kawa to maintain a certain temperature. Firing is also kept to a minimum.
The distilled laksoy finally drops into a bamboo funnel before emptying into a gallon bottle.
Tuba (coconut wine or coconut toddy) is a sweet, fresh or mildly fermented sap has a stinging sweet and bittersweet taste popularly known locally as “Jungle wine” also called the “Lazy’s man crop”
To ferment:
– the sweetish liquid is stored for 1 – 3 days in earthen jars or bottles in modern times.
– the rust tint of tuba is acquired through the addition of powdered mangrove bark called tangal.
Process of Making Tuba
made through a process of extracting the sap of an unopened coconut bud.
tip of the bud is lopped and the pale juice allowed to trickle into bamboo containers
In prime coconut provinces, such as Laguna and Quezon, the sap is also distilled into lambanog, a potent liquor.
can also be made from the sap of buri and nipa palms
Lambanog
Crystal-clear lambanog is distilled from tuba. About 15-gallon tins of raw coconut juice make a quarter of a gallon of lambanog, making it more expensive than tuba.
Lambanog is a local moonshine, as it is surreptitiously distilled in hidden stills, a process to make it more of a prized possession as a vintage wine.
In the Cordillera, rice wine is kept for short periods (3-5 days).
Reason: producers do not have a standard procedure of producing and packaging their wine.
For this reason, the Philippine Rice Research Institute (PhilRice) researchers studied the standardization of the process to make the rice wine a certified value-added product.
With the help of the original makers of the rice wine, this indigenous health beverage can now be kept longer for at least 6 months. This technology page presents how.
Preparation of bubod (bulk starter culture)
Grind ordinary rice. You may use a coffee grinder, a Wiley mill, or any equivalent substitute equipment.
Mix old powdered bubod (3 g per 100 g rice) and ginger (0.5 g per 100 g rice). You may use crushed dried onwad roots in water enough to make a dough.
Mix thoroughly and then mold into palm size patties, 20 cm thick.

Place the patties on a tray lined with cheese cloth and allow to stand in an open space for one day and then dry in an oven at 35oC for one to two days.

Cool and place the bubod in a clean jar and store in the refrigerator or in a dry place to avoid growth of molds.
Fermentation of rice wine (You will need: glutinous
rice, water, bubod, activated carbon or bentonite)
Weigh 1 kg glutinous rice (e.g. malagkit sungsong) and wash thoroughly with water three times.
Drain and add 1.5 liters water.
Cook in an automatic rice cooker or kettle until well done. Let it cool.
Spread cooked rice on a tray and inoculate with powdered bubod (1 g per 100 g raw rice). Cover the tray with a piece of paper or cloth and incubate at room temperature for two days.

Transfer to a fermentation jar with a water seal and allow to ferment for two weeks (or until bubbling stops).
Economic Analysis (Philippines)
Rice wine production is a profitable venture.
A return on investment (ROI) is estimated to reach as high as 88%.
With a monthly total production expense of roughly Php 44,000.00 and an average wine production estimated at 1,500 bottles (each containing 350 ml wine) amounting to Php 82,500.00, a net income of Php 38,553.92 is expected.
Putting up a rice wine plant needs an estimated fixed capital of Php 300,000.00.
The purchase of a 70 m2 lot and construction of a semi-concrete building with a 50 m2 floor area accounts for 80% of this amount.
Therefore, the estimated value can still go down to as low as Php 60,000.00 if there is already a facility that can be converted into a plant.
With an ROI of 88%, the investment can be recouped in 7-8 months. 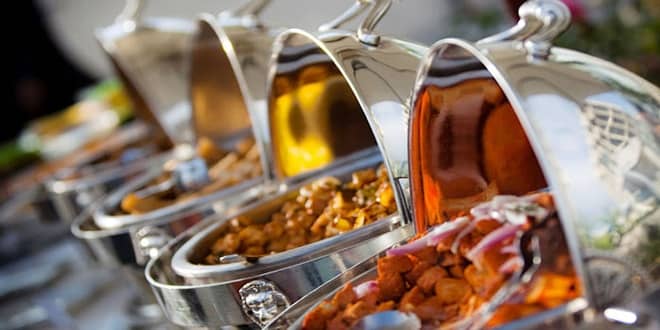 Does Drinking Beverages with Added Sugars Increase the Risk of Overweight?